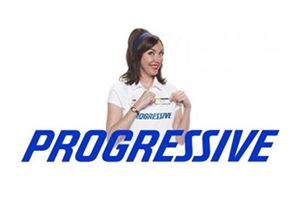 On March 10, 1937, Joseph Lewis and Jack Green started Progressive Mutual Insurance Company. They wanted to provide vehicle owners with security and protection, and they thought an insurance company was a good investment for a couple of lawyers who were just getting started.

Since its beginning, Progressive has taken an innovative approach to auto insurance. We offered drive-in claims service before any other auto insurance company, and, in another industry first, we allowed customers to pay their premiums in installments — an appealing option for those who couldn't afford annual payments. Progressive wanted — and still wants — to make auto insurance accessible and easy so more people could protect their vehicles.

By 1951, Progressive's growth prompted a move to new offices in downtown Cleveland. In 1955, Jack Green became CEO after the death of Joe Lewis, and Peter Lewis, Joe's son, began his career with Progressive. Peter immediately began looking for ways to distinguish the company from its competitors. In 1956, Progressive Casualty Company was formed to write auto insurance for high-risk drivers. Today, the company insures all types of drivers.

More growth and expansion in the 1960s brought about the formation of The Progressive Corporation. In 1965, Peter Lewis assumed the title of CEO, a position he held for 35 years until he turned the reins over to Glenn Renwick in 2000. Glenn then passed the leadership torch to Tricia Griffith, current CEO and President, in 2016.

Progressive's steady growth continued through the years, which helped fuel the decision to become a public company in 1971. Three years later, in 1974, Progressive moved its headquarters to the Cleveland suburb of Mayfield Village.

The next two decades saw steady growth for the company, and in 1987, Progressive surpassed $1 billion in premiums. That same year, the New York Stock Exchange listed Progressive stock under the PGR symbol.

Our business philosophy was to approach auto insurance in an innovative way — like no other company had. From that mindset came the following industry standards and achievements:

In 2006, Progressive expanded its service to address the special needs of drivers whose vehicles were totaled in an accident or other claim. This service has since evolved into the Progressive Car Shopping Service by TrueCar®. This service makes car shopping easy and offers: real pricing on cars (not estimates), the ability to see what others paid for new cars, and the potential to save thousands off MSRP* on new vehicles. Available in most locations.

Currently, Progressive is one of the largest auto insurance groups in the United States, thanks to innovations including comparison rates and 24/7 customer and claims service. Our growth continues at a steady pace, too: Between 1996 and 2005, Progressive grew an average of 17 percent per year, from $3.4 billion to $14 billion.

Online Insurance and Beyond

In 1995, when the Internet was just gaining popularity, Progressive stepped ahead of the competition and became the first major auto insurer in the world to launch a Web site. The site was primarily informational, but it soon became more interactive. By 1996, consumers could obtain comparison rates online, and by 1997, they could buy auto insurance policies online in real time.

The site has continually evolved with technology, and today, customers can use the following features, 24/7, on Progressive's Web sites:

And that's not all. With Progressive, you can insure more than just your car — we offer insurance policies for motorcycles, boats/PWC, RVs, business vehicles, snowmobiles and Segway® HTs. We can also assist in helping you find homeownersinsurance.

We want to stay one step ahead of the competition by offering customers the products and services they want, when they want them. It's our philosophy — and it's helped make us one of the largest auto insurance groups in the country.

Cover your Home and Rentals

Partner with us today and together we�ll put a protection plan in place that fits your business just right.

Talk with us today about a personal umbrella policy that is designed to protect you from life�s unexpected events.
Meet the Team
We've had our home, auto and life insurance with Michael Cooper for years. My wife and I really feel like Michael and the team at Omega Insurance Group look out for our best interest and educate us on what we really need.Jeff C. & Jennifer B.Lincoln NE
AUTO | HOME | LIFE | HEALTH | BUISINESS
See how much you can save!

Visit us at one of our Lincoln Nebraska Locations

Omega Insurance Group
The last Insurance Agency you will ever need!